Yes, I have said that quite a few times and today is one of them.  Check out this very interesting photo of a World War II era Japanese fighter aircraft perched in a tree.

I imagine the pilot survived the epic landing and was thanking his lucky starts as descended from the lush canopy of trees onto terra firma below. Incidentally, the aircraft in the photo is located roughly at Lat 4° 12′ 0S Long 152° 10′ 60E which will put you on Rabaul (a township in East New Britain province, on the island of New Britain, in the country of Papua New Guinea). I believe it was later lowered (thanks for the heads up Lee) and may now be as shown below. 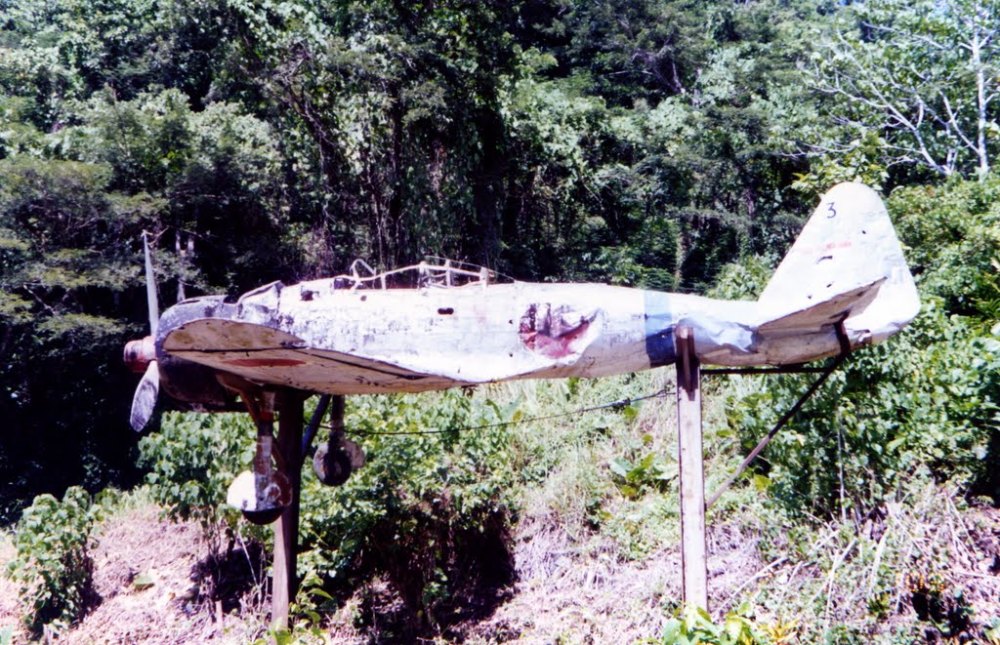 When it was new, I imagine it probably looked pretty much like this before the accident.  In the local Tolia language, Rabaul means mangrove and was invaded by the Imperial Japanese Navy and Army in early 1942.   They stayed put through the war (being bypassed by Douglas MacArthur) and finally surrendered to the Aussies in September of 1945.

Today, Rabual is a tourist destination and popular for its many volcanoes, diving and snorkeling in its warm tropical waters and its still visible World War II sites.  Before the 1994 eruption, it was a popular commercial and recreational boating destination; fewer private small craft visit now, but 10-12 cruise ships visit Rabaul each year, including the Queen Elizabeth carrying up to 5000 passengers. Tourism is a major industry in Rabaul and East New Britain generally.

Now THAT is really something you don’t often see!